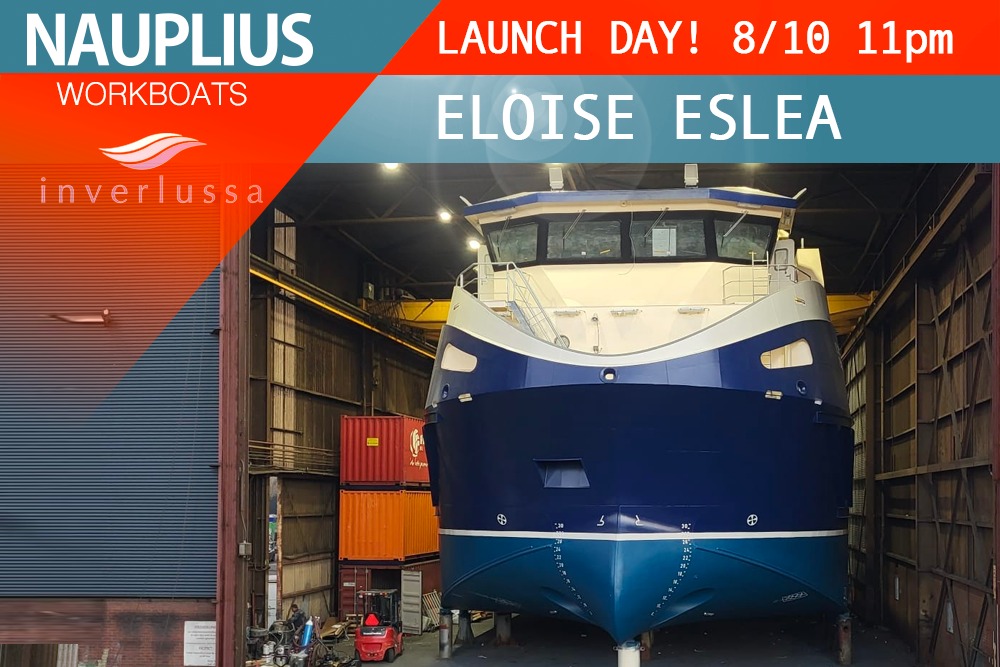 The launching ceremony is the great event in a ship’s career. No matter how great a name she may make for herself afterwards, the memory of all who attended her launching will inevitably return to that first occasion when she slid down the ways, gradually gathering momentum. The moment when she took the water and made her curtsy to the guests at the head of the slip before she surrendered herself to the care of the attendant tugs will be long remembered.

However many launching ceremonies may have been experienced, most spectators will still know a thrill as they see a ship go down the ways.

We still fondly remember the launching of the Camilla Eslea last year and are looking forward to Saturday when the Eloise Eslea will launch at 11 AM, from Waterhuizen 7 in Waterhuizen. the Netherlands.

On the North-East Coast of England it is considered to be most unlucky to launch a ship on a Friday.
Another superstition which has never had much hold on official minds in the Navy, and which is rapidly dying out, is that the worst of luck will follow the ship whose name is divulged before the ceremony. Nowadays, the names of all warships, and of at least two merchantmen out of three, are well known long before the christening ceremony. But in the days of the old racing clippers such premature revelation would have been regarded as foolhardy.

We have been working with the name, Eloise Eslea as well as our build number for quite some time already and hope to see some of you there for the big moment and trust all the luck and safe travels for this 27 meter long Vessel with a unique layout.