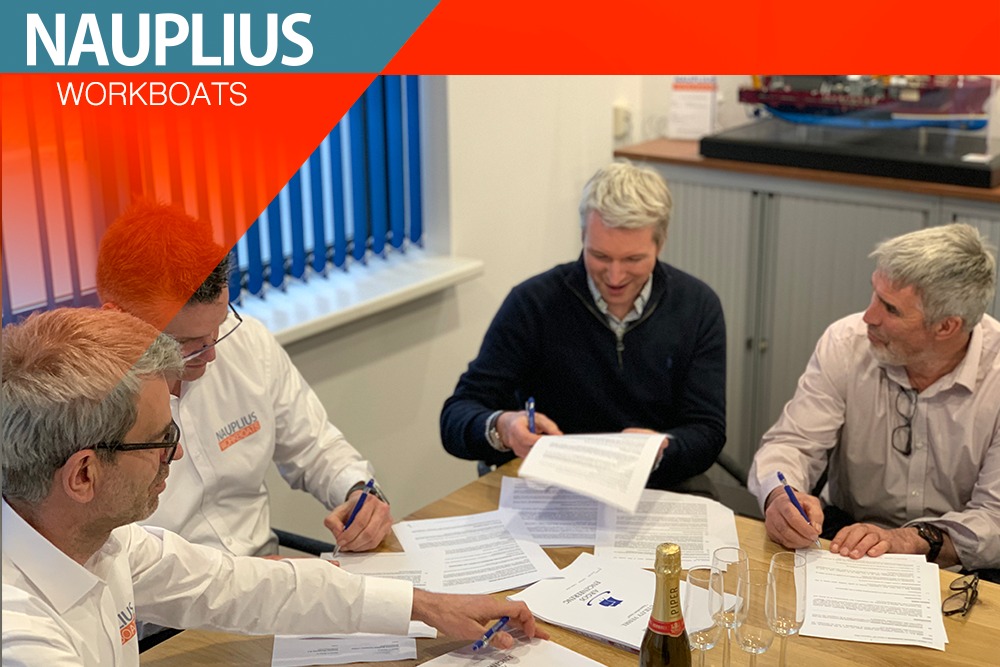 The vessels, known as yard number N022 and N023, are designed by the in-house engineering company Argos Engineering.

The signing of this contract marks the second and third vessel to be built for Inverlussa Marine Services at the Holland based Nauplius Workboats. The first and former build being the recently delivered 35m delousing vessel Camilla Eslea.

Ben Wilson: “We are pleased to work with Nauplius Workboats again after a pleasant and constructive experience with Camilla Eslea where the vessel was delivered on budget and on time. As a business we want to be an industry leader, building a reputation as a leading and forward-thinking contractor in the Scottish aquaculture sector. We aim to achieve this though continually reinvesting, innovating, and a strong focus on working with the best crew in the industry. This order for two newly designed Hybrid ships show Inverlussa’s commitment to delivering the best service to our customers.” 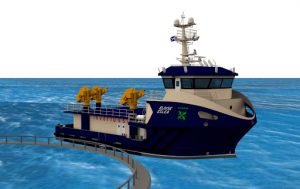 The 2713UV was designed as a modern, comfortable and sustainable aquaculture service vessel. With its large deck area, the ship will act as a platform for a yet to be determined delousing system. The vessel has a diesel-electric propulsion system, thus ensuring optimum availability of power in every working condition. The hybrid power plant uses a battery pack, thereby greatly reducing the vessels emissions, emphasising Inverlussa’ s commitment to reduce their carbon footprint.

The new vessels along with “Camilla Eslea” will be the first fish farm vessels in Scotland to use azimuth propulsion which enables the vessel to use full power in any direction allowing the ability to move in wind speeds which would normally not be possible with conventional vessels. Another major attribute is the Dynamic Positioning system, allowing the vessels to remain stationary on any one position for long periods, which is also a first within Scotland, Inverlussa said.

Gerrit Knol: “We are thankful and very proud to partner up with Inverlussa once more. For us as a designer and builder, the repeat order marks the pleasant and constructive cooperation we’ve had with Inverlussa Marine Services, resulting in the reliable and high-performing Camilla Eslea. The order for N022 reflects the trust in our company allows us to incorporate all we’ve learned from each other during the design and building of Camilla Eslea ” 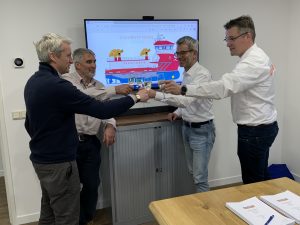